She was born to Bertie & Florence Emily Blows, They lived here until the birth of the their third child

The Family then moved to Arlesey, where Bertie worked at the Gasworks (they lived on site), and at Waterloo Farm (also lived on site).

They then moved to No 2 House Lane , After a while the family  moved again for the last time, just down the road, to No 48 House Lane, Arlesey.

In  1927/28 young Edna met and started going out with a young man from Arlesey,

The relationship flourished and as love blossomed Edna found her self  pregnant,  Unfortunately  Edna’s partner did not want to know her or the unborn child, He refused to believe the child was his.

As a young  girl “In The Family Way” she was ostracised by the village, times and attitudes were very different in the 1920's, no council houses or  big benefits packages then, shame and disgrace was scorned upon poor Edna.

This was so unfair as the lad who made her pregnant was left to freely go about his daily business without any  remorse or guilt.

On  September  28th 1928 along came baby Rita, unfortunately  Edna's Liaison still refused to have anything to do with her or the new born little girl.

Nine months after baby  Rita was born, Edna entered employment at Three Counties Hospital , She started on the 28 July 1929, aged 17,

she was employed as a 2nd in Charge Nurse, on a rate of £7.18 shillings and 6 pence per every  four weeks.

Life for the young Edna and her parents was very hard, Edna’s Mother Florence and Bertie were bringing up young Rita, Florence would look after the baby while Edna and her Father Bertie worked during the day.

Edna worked hard and long hours in a very stressful  and demanding job, unfortunately life started to take its toll.

Edna may have been suffering from what we now call post natal depression,

She was suffering the pain of lost  love and rejection, she started to not eat, lose weight and her condition continued to get worse.

Maybe these days we would put her condition down to anorexia, bought on by  feelings of depression and low self esteem.

Edna was eventually  taken in to Three Counties Hospital  as a patient, We can assume she was given the best care by her friends and colleagues but they could not bring her out of the despair she was suffering .

Her Mother was with her when she died.

She was buried at St Peters Church in Arlesey. (see below for the news paper article).

On her death certificate it states that Edna died from malnutrition, pneumonia and cardiac failure,

Her family state to this day that she really died of a lost love, and a broken heart.

The young Rita continued to be bought up by her Nan and Granddad Bertie and Florence, she grew up and got married and had a family of her own……Rita still lives in the Hertfordshire area.

These fantastic photographs are from Edna Blows own collection and were taken while she worked at the Three Counties Asylum circa 1920, thank you to Liam Cornes for telling us Edna’s story and supplying  us with these very rare glimpses into TCA and his family’s past.

The Sad Case Of 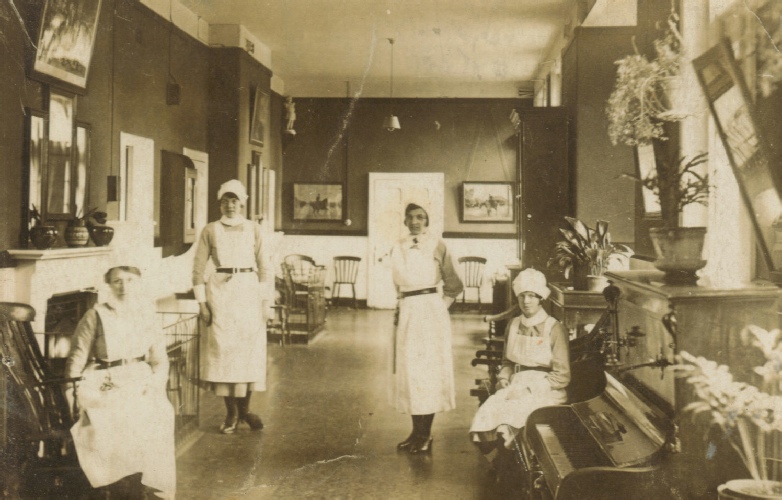 A  very grand view taken by Edna inside TCH  circa 1929

This is a very important photograph 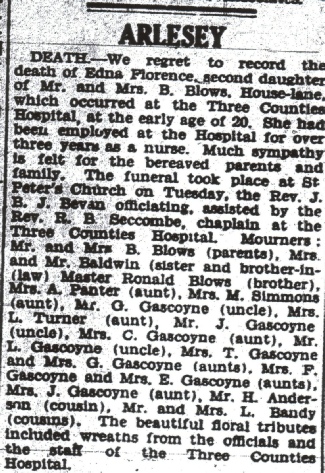 How Nurse Edna’s death was reported in the local paper 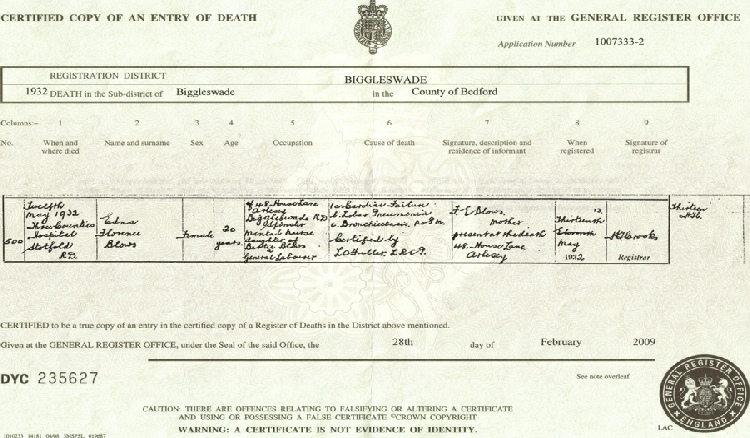 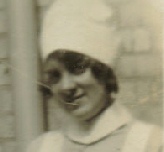 A copy of Edna’s death certificate. 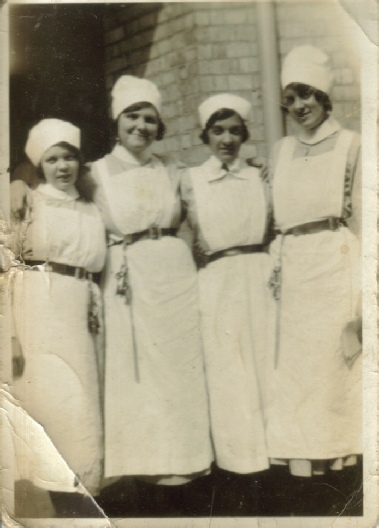 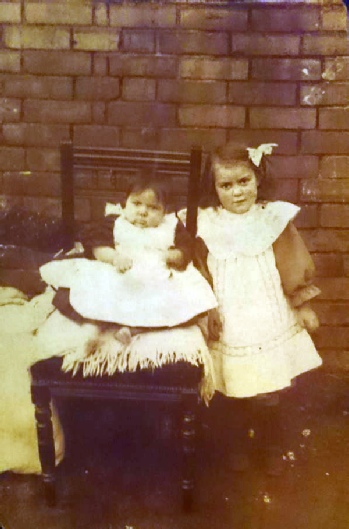 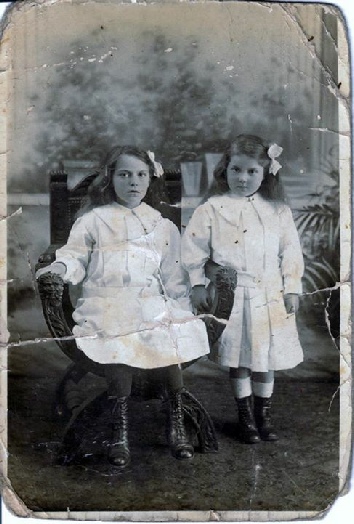 Edna on the  right this time

Gladys on the  left

The two sisters now with children of their own 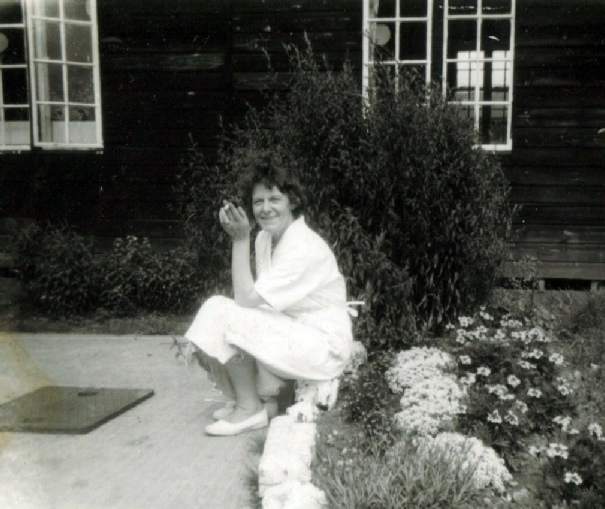 Nurse Gladys continued to work at the Hospital for many years 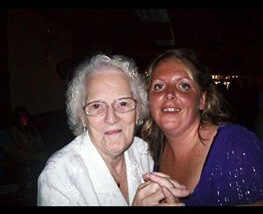 She is seen here with Granddaughter Heather Thompson 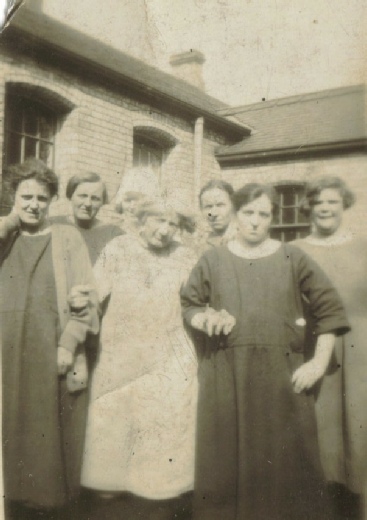 They were taken by Edna

A  group of  patients pose for Edna’s camera