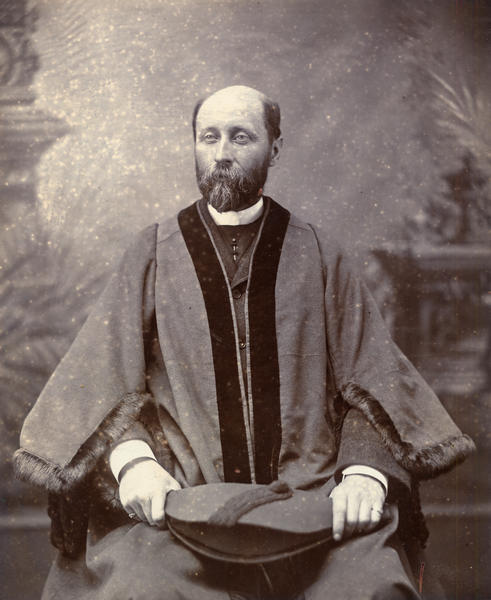 George then worked for Sydney Smirke who sent him to York to work on the repairs to York Minster, Jones liked York so much he moved there in the early 1840’s and spent most of his working life there. Plans and elevations of Three Counties Asylum, dated 15 September 1856 give Jones' address as

He moved to 84 Bootham., Sir Nikolaus Pevsner records that in 1862, Jones designed and built 78 Bootham, York, as his own residence and Jones' RIBA {Royal Institute Of British Architects}incorporation certificate of 1868 gives this as his address.

9 March 1878 give his address as three Stonegate, York.

Further works at Three Counties dated February 1880 give his address as 100 Micklegate, next to the Pack Horse' and he still held the property in 1886. However since by this time Jones had in all probability retired to Malton, the address is probably that of his practice, then run by his son.

While on holiday in York it seemed only natural to try and find George Fowler jones’s homes and offices.

Time was not on my side as the kids thought this was boring! (can’t understand that?) so I did not get time to track all the places down. Quarry Bank were GFJ died has a very large old house standing in it’s grounds, this is the local Police Station, I chatted to the Constable on the desk who informed me that at the time of GFJ death this house was standing but was not sure if any other buildings stood at Quarry Bank or if this was GFJ’s home,  modern houses stand there now (1960’s?) so maybe some demolition took place.

We drove to Bootham, 84 Bootham looks as if it has been demolished and some kind of  power supply building stands where it stood. 78 Bootham is still standing, this is the premises that GFJ  designed and built in 1862, it is completely different from the rest of the terrace {see pic) and stands out as a building of personal character, cream and red brick design within this development is like some of the design  in TCA.

Hopefully a little more research will bring more of this story to life. 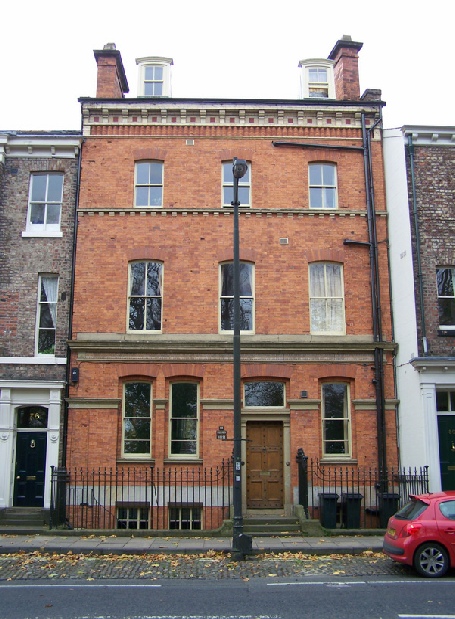 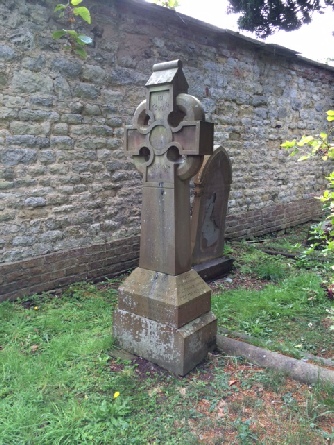 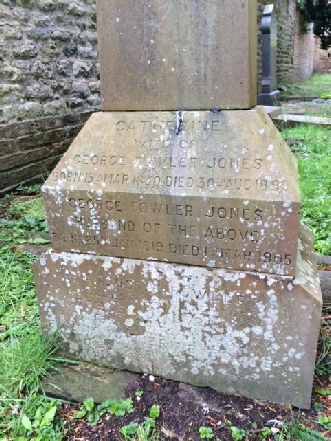 Note the GFJ  crest, this is in the same style as the HBH crest found at TCA 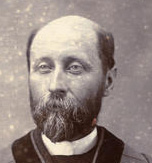