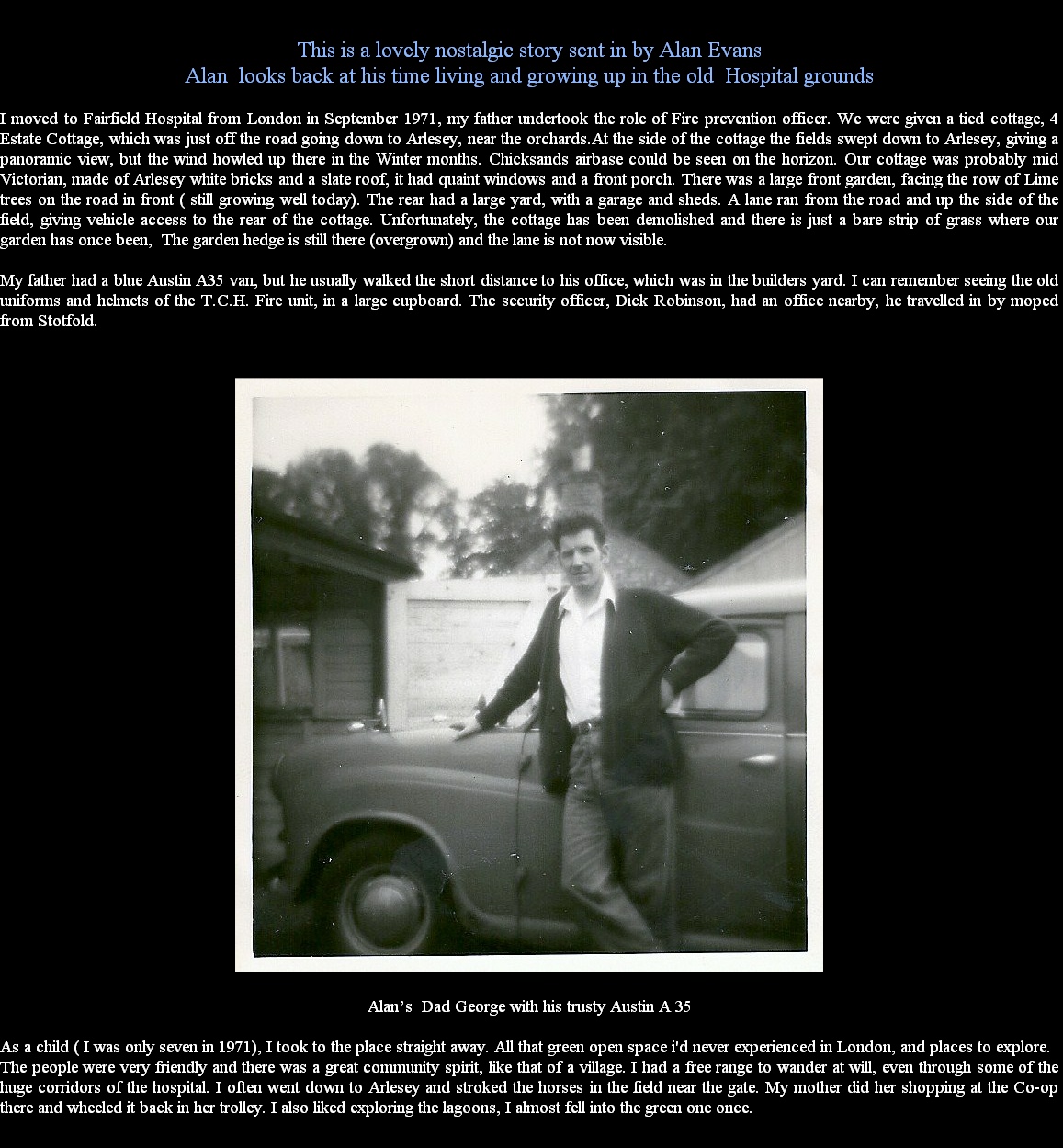 I remember the chicken houses near the cemetery and the boiler house behind them with its stacks of coal. I was drawn to a grave in the cemetery,That of Mary Barry, who died aged 40. I was told by Mary Di Marco (she lived near my fathers office), that she had been a nurse and was found dead in bed. For several nights I kept seeing a shadowy figure in my bedroom and as I huddled up in fear, I was convinced it was her. I never forgot her story and I hope that the cemetery will be treated with respect and not left to neglect. There is also a grave of a Polish serviceman, from WW2 and on a recent visit I noticed his grave was still visited, perhaps by relatives.

The grounds of the hospital were well kept, a credit to Mr Lassiter and his team of gardeners, the the orchards were particularly well kept ( how tragic they have now been left to ruin, or built on).

Some of the patients also helped with the maintenance, I used to have tea with them in their hut with a fire roaring and a large copper kettle sitting on top and the sweet aroma from the apple store next door, it was a perfect place to sit on a wet day. One of these men used to cut the orchards with a scythe. I remember one of the gardeners, called Kevin, had dwarfism.

I joined the church choir for a while, led by the vicar, Mr Ogden, who had an orange VW beetle. Harold Stoving, a patient. played the organ, he was a very intelligent man. On Sunday mornings the church was packed.

My mother worked in the little tuck shop in the main building, along with Nora and Thelma. Two patients used to hang about the shop, old Lil, who was always after sweets and a chap called 'Boxer', who sat on a stool in an army coat. They had a trolley loaded with cigarettes and sweets that they pushed over to the hutted wards each day. One ward there had a Minor bird. There were also lots of feral cats in a field near the social club, there was a donkey and all the children made a fuss of it.

One incident that happened whilst I was there , A fire broke out in the laundry (probably 1973),

My father was the first on the scene and tackled it himself, until the fire service arrived. I have a small report of it from a local paper 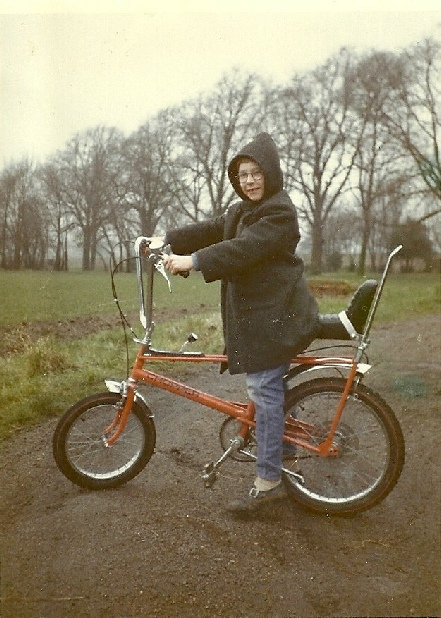 The hospital was never short of entertainment, feature films were regularly shown in one of the halls. A big screen was hung from the stage, I remember seeing One Million Years BC with Raquel Welch! Plays were also staged by amateur dramatic groups, there was an adaptation of The Monkeys Paw.

The social club, near the hutted wards was also well used and I remember going to a bingo night with the place packed. Behind the social club was a grass field, mainly used for football, it was also where the annual summer fete took place. It was a big event. Pat Phoenix from Coronation Street came as a guest appearance. I remember a famous high dive act  was big on the agenda, a tower of considerable height was constructed and a shallow pool of water stood at the bottom. I must have missed the dive, but it must have been impressive. Almost opposite our cottage, through a copse of trees was the small power station, there was a small road branching off to it and there were several bays holding a stockpile of coal.

This building was quite a way from the main building of the hospital, I'm not sure if it generated electricity or supplied heated water for the hospital.

The hospital even had its own sewage works, which were fairly close to my cottage, almost visible as I looked over towards the green lagoon. There was a gate of meshed wire and a small wooden hut just inside. There were several circles of coarse stones and metallic arms rotated around them spraying out water, sometimes the smell was interesting shall we say! Beside the circles, the man who looked after it grew various brassicas and tomatoes, very fertile growing media.

The patients I met were usually good natured, some were in their own world,or too drugged up to take much notice. Obviously any of them that might have been a threat were kept in more secure accommodation, I think most of them were vulnerable and needed protection from the outside world. That’s not to say there weren't any incidents, I'm sure there were, mental illness can be unpredictable. I was told that electric shock treatment was regularly used at that time, it seems very primitive nowadays and I'm sure it did a lot more harm than good. In fact I know someone who had epileptic seizures  as a child and was given ECT as a treatment, Needless to say he later developed schizophrenia and ended up at Fairfield shortly before it closed. The hospital was quite a creepy place at night, the gothic like towers similar to some Transylvanian castle. Add the call of the screech owls near our cottage, the bats, the wind howling through the lime trees and the occasional blood curdling scream from a patient and it could have been a good setting for a Frankenstein film.

The winter nights there were dark, the roads around the hospital were not particularly well lit.

Why do I remember those times so fondly? One reason is because the grounds gave me freedom that London could not offer.  The hospital still had a spirit that seems so lacking in today’s world, it was a place of sadness in many ways, but that just pulled everyone together. Another reason for me was that it was in a bit of a time warp, cut off from the outside world, but sadly today the world has caught up with it.

I will always be grateful I had those three very special years… ALAN EVANS  2012,

A Big thank you to Alan for taking the time to send his memories to us . I dedicate this web page to his Father George Evans. 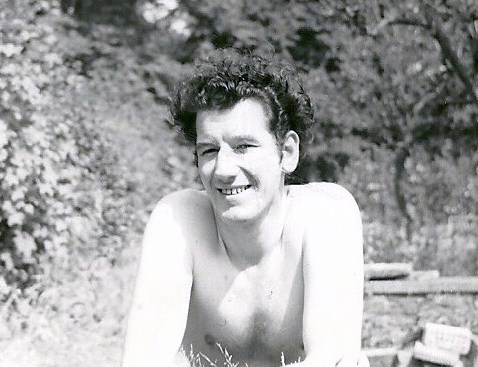