While researching funeral arrangements for pauper lunatics at the Three Counties Asylum  we uncovered evidence of patients being sold off after death for the purpose of  anatomical dissection  and dismemberment at the Cambridge anatomical teaching school at Downing Collage, It is hard to believe that “Body snatching” could have possibly  been going on, but it was,To look at this we have to go back to an article we found :

In May 1901 an article appeared in the Yarmouth Advertiser and Gazette entitled ‘Alleged Traffic in Pauper Corpses—How the Medical Schools are Supplied—The Shadow of a Scandal’.1 It recounted that, although a pauper named Frank Hyde aged fifty had died in Yarmouth workhouse on 11 April 1901, his body was missing from the local cemetery. The case caused a public outcry because the workhouse death register stated that Hyde had been “buried by friends” in the parish five days after he had died. An editorial alleged that “the body was sent to Cambridge for dissection” instead and that the workhouse Master's clerk profited 15 shillings from the cadaver's sale. Following continued bad publicity, the visiting committee of Yarmouth Union investigated the allegations. They discovered that between 1880 and 1901 “26 bodies” had been sold for dissection and dismemberment under the terms of the Anatomy Act (1832) to the Cambridge anatomical teaching school situated at Downing College. The Master's clerk staged a false funeral each time a pauper died in his care. He arranged it so that “coffins were buried containing sand or sawdust or other ingredients but the body of the person whose name appeared on the outside of each coffin never reached the grave. This was Hyde's fate too. Like many paupers who died in the care of Poor Law authorities in the nineteenth century, Hyde's friends and relatives lacked resources to fund his funeral expenses. Consequently, he underwent the ignominy of a pauper burial, but not in Yarmouth. His body was conveyed on the Great Eastern railway in a “death-box” to Cambridge anatomical teaching school. Following preservation, which took around four months, the cadaver was dissected and dismembered. It was interred eleven months after death in St Benedict's parish graveyard within Mill Road cemetery, Cambridge, on 8 March 1902. A basic Christian service was conducted by John Lane of the anatomy school before burial in a pauper grave containing a total of six bodies. The plot was unmarked and Frank Hyde disappeared from Poor Law records—the end product of pauperism

This was by no means a one off, Workhouses and Pauper lunatic Asylums across the country were contacted very discreetly  by  Alexander Macalister  of Cambridge anatomical collage, he had to build up a very special and trustworthy relationship with those at the top of certain Asylums (Three Counties Asylum being one of them), who would then fix a line all the way down  to make sure a supply of the dead could be secretly supplied.

As Macalister wanted Cambridge to be the country’s leading anatomical  collage, more and more bodies were needed as more and more students came to study, In a private letter sent to many Workhouses and Lunatic Asylums he says  in this section:

“ The school, is however, increasing so as to become one of the largest and most important Medical Schools in the country; and the numbers of the unclaimed  bodies in each rural Union being small, it is necessary to endeavour to extend the area of supply so as to meet the growing demand for the means of acquiring a knowledge of Anatomy. The School pays all the expenses including the coffin, carriage and interment, thereby relieving the Union of certain expenses in each case.”

Although with certain cash incentives, (Macalister's personal archive reveals that the anatomy school regularly paid Poor Law personnel in workhouses and asylums to ensure a regular supply of bodies.)  He did manage to increase his cadaver specimens supply by 100%

Not all Asylums would entertain such a horrid idea , In a letter from the The medical superintendent at Norfolk County Asylum, for example, outlined his board's reluctance to accommodate the idea of supplying cadavers.

“ Alas and alack! no luck. I tried my level best at the meeting of my committee yesterday, but they wouldn't have it. My Chairman rarely speaks but on this occasion he got up and made a speech, which carried the waverers with him. Of course he took the old line about the sentiment of the thing, that if it got about that the cases dying here were sent away to “be cut up” in the dissecting room, no cases would be sent to us and so on .”

“ The committee was of the general opinion that as persons sent here are detained against their will, difficulties would arise in the event of friends enquiring (as we have experienced) some years after a patient's death ”

In October 1912 we find a revealing letter has survived from the superintendent of Three Counties Asylum , Mr W H Ekins, to Dr Barclay-Smith of the Cambridge anatomical school. It reads:

“ In the ordinary course when a patient dies and is buried in the Asylum cemetery, we make a coffin and the Union to which the patient belongs pays 15/- [shillings] for the same. When we send to Cambridge, we make the coffin just the same and charge it to the Union, and as far as the latter is concerned, they know nothing as to the burial, neither does the Auditor. When it goes to Cambridge, I pay the carriage out of my own pocket, which is refunded by  you, therefore it does not appear in the Asylum accounts and there is no reason why it should.

The policy is to say  nothing, record nothing, and evade all enquiries when questioned ”

This was not written by some attendant, this was from the Superintendent him self!

This shows how high-up the dealings went.

This show us that, not only were they supplying bodies, they  were also fiddling accounts and pocketing payments, a lucrative side line indeed.

It is hard to believe this was going on, how many  people were sent to Cambridge for dissection? We know that Fulbourn Asylum in Cambridgshire sent over 100. Many pauper lunatics had no family or friends, even if there was a problem and the deceased had somebody to speak on their behalf,  they probably would not have pursued a line of enquiry ,  the chances are these people would have been low in the social pecking order and would not dare to challenge the asylum authority.

Finale thought, how many marked graves  never had a body  put in them at the Three Counties Asylum Cemetery?

no wonder the cemetery plan showing who is where has vanished!

In circa 1875 a “law” was passed that stated, if a body was not claimed within 72 hours of death the Asylum /  workhouse could “dispose of  it” as they seemed fit, and they did! 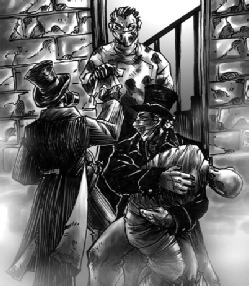