After 8 months of planing the celebration day has been and gone and was more of a success than we ever imagined it would be, The  hundreds of people who came through the Stotfold Memorial Hall doors on the day was unbelievable.

People who had not seen each other for years were having emotional reunions, folks loved looking at all the artefacts and the packed info/display board. I heard many people singing along to the  songs that Radio Fairfield were broadcasting in the hall. Our special guest Sir Stanley O' dell gave a very moving speech and held every ones attention while he spoke from the stage,

Derek Wheeler and his Victorian fire engine was a great attraction as it very happily sat in the car park puffing steam and smoke to entertain the visitors. The Bedford museum and Records office displays were very busy throughout the day and were very happy with the turn out of people who showed an interest in their services.

Thank you again to everyone who played a part  on the day and helped to make the day a memorable one for all..

A few pages of photographs from the show,  Some very nice artefacts were bought in throughout the day, these will appear in the Artefacts Wards soon. 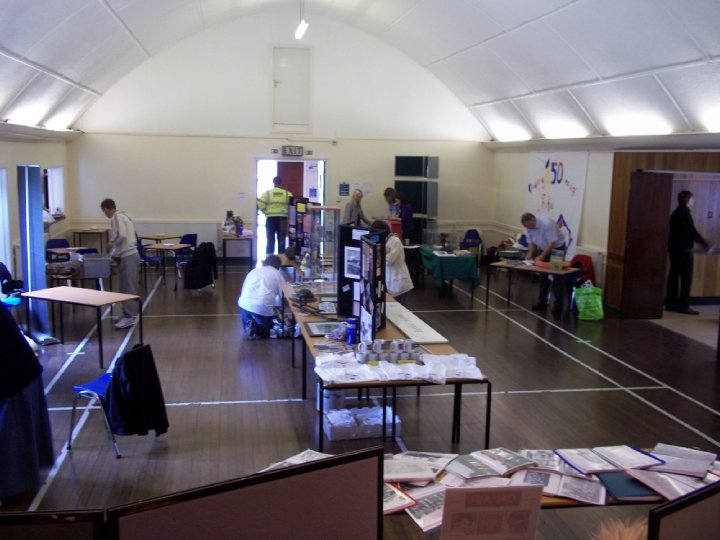 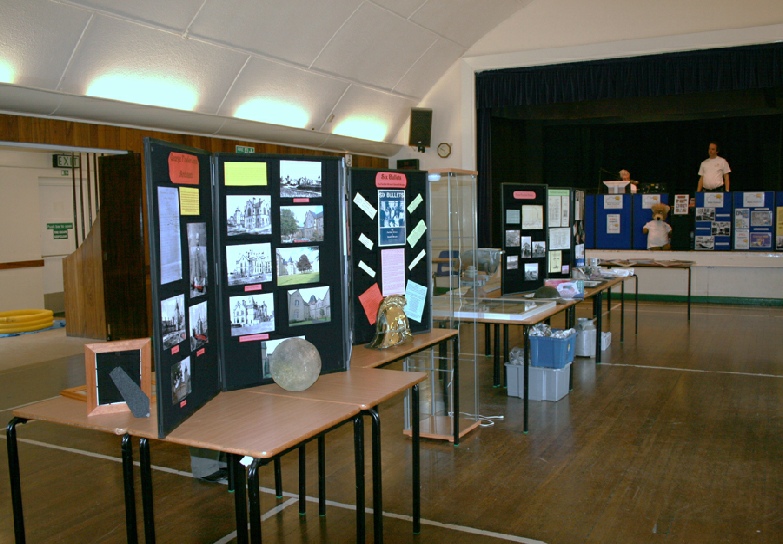 A very early start for all of us, These photo’s show us still setting up, note my glass case is still empty and boxes of artefacts sit under the tables. Barney Bear the Radio Fairfield station Manager watches from the stage. 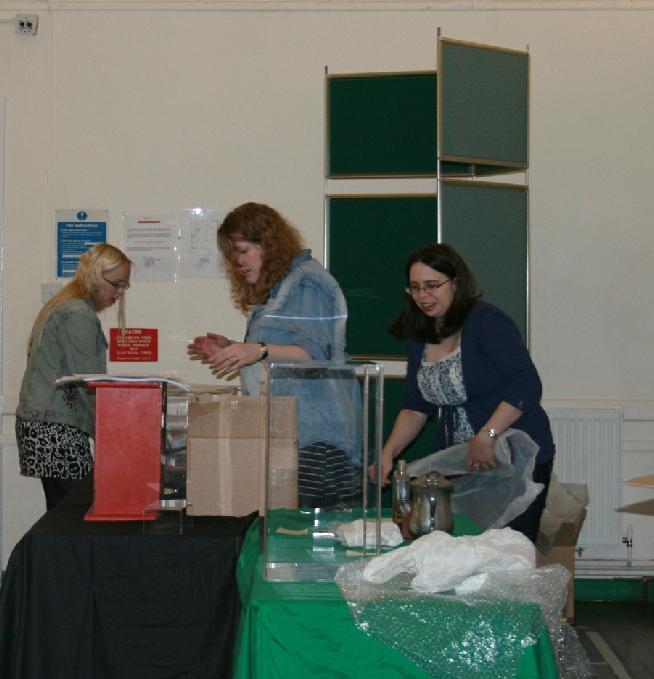 Lydia Saul and her girls from the Bedford Museum start setting up their display of Fairfield artefacts. 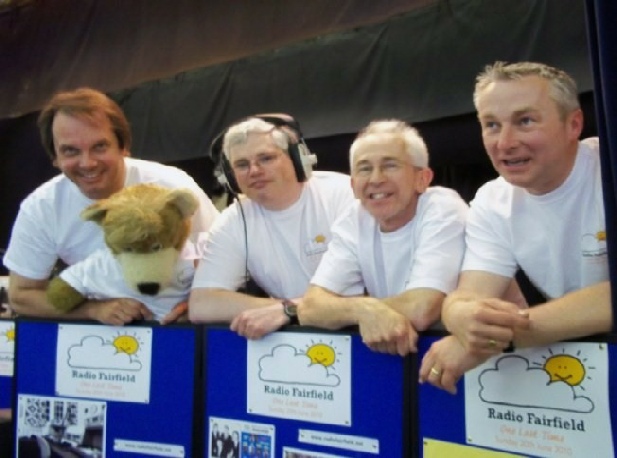 thumbs up and all’s well for 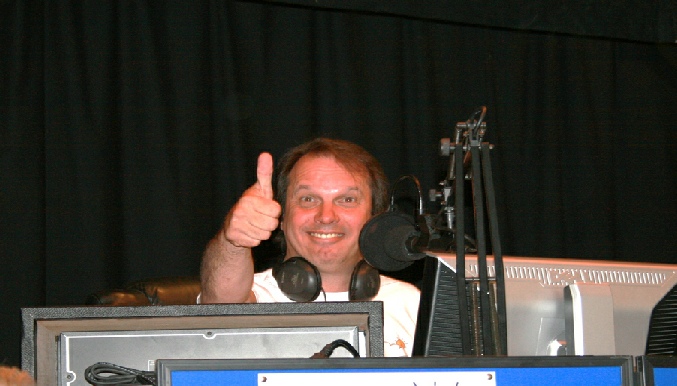