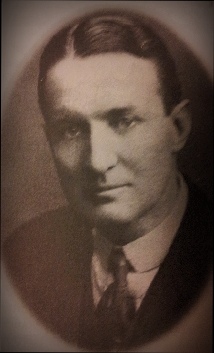 We were very lucky to be contacted by Eve Radford, the Grandaughter of Dr  Laurence  Otway Fuller. Dr Fuller was the medical superintendent at Three counties Asylum from 1910-1935, He served 25 years of loyal and unblemished service until his death on the 15th March 1935. Eve wanted some information regarding Dr Fuller as she was coming to England and wanted to visit his grave and to take a look at her Grandfathers work place,TCA.We were able to supply the following information and photographs and hoped this would be helpful to her.

Dr Laurence Otway  Fuller  ( M.R.C.S. Eng.  L.R.C.P.Lond), He Was the Medical Superintendent  at Three Counties Asylum and took up his position on the 10th December 1910  after being chosen over 42 other applicants.

He bought in many changes to Three Counties including cutting the free beer allowance, instead the staff were given a raise which made him popular as they wanted more money, The old brewery building was converted to a cheese making plant and Dr Fullers wife Maud took on the job of cheese manufacturing with the help from trusted patients.

He was also very intolerant of the abuse of patients ,several attendants were dismissed for this offence during the time he held his position at TCA ,He would not tolerate drinking on duty, again several staff were dismissed for this offence,He could not abide immoral behaviour among staff and sacked a married male and a single female who "practically" admitted to such an offence.

He was responsible for the better accuracy of keeping patient records, something that had been some what lacking in previous years, Dr Fuller  believed that very accurate records must be kept to build up a case for each patient ,The patients well being and the state of their mental condition had to be assessed .This was done regularly and noted in the record books

It was noted on the 31st March 1918 that the cheese making effort was going on very well ,There was always a good supply of cheeses and in sufficient quantities,The committee offered their sincere thanks to Mrs Fuller for the great care and trouble she had taken. She was awarded this lovely silver tray for all her hard work and effort. (See below)

The visiting committee recorded with regret the death of Dr Fuller on Friday, 15th March 1935. He had served 25 years as Medical Superintendent, Dr Fuller was laid to rest in the officers cemetery at Three Counties Asylum on the 19th March 1935.

The inscription on the tray reads

By the Visiting Committee of the Three Counties Mental Hospital

AS A MUCH APPRECIATED AND BENEFICIAL SOURCE OF

TO THE PATIENTS AND STAFF OF THE HOSPITAL DURING THE 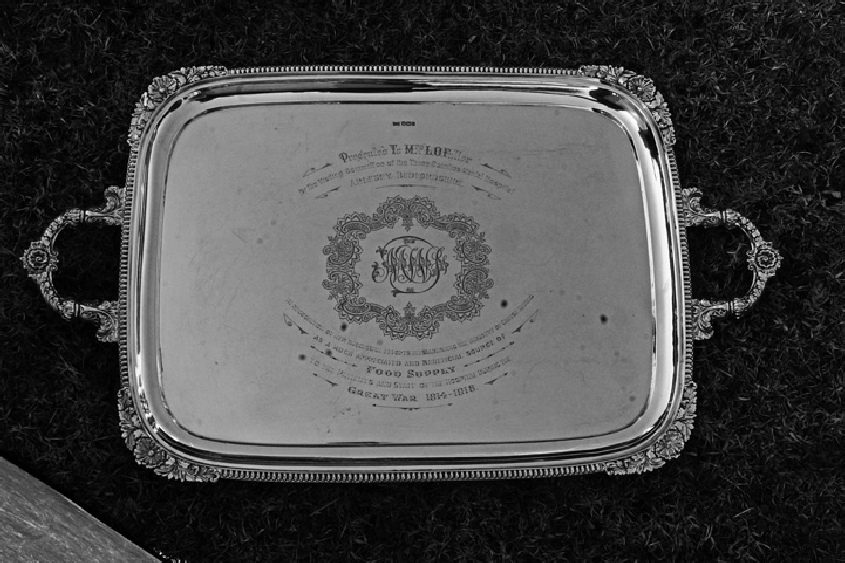 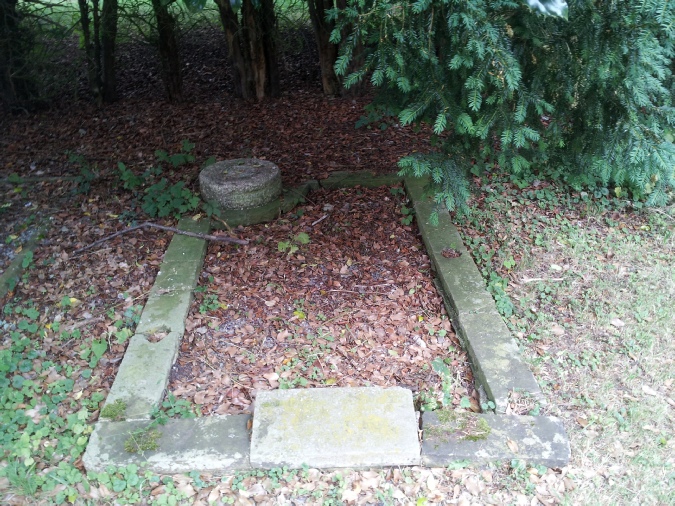