Look at these fantastic photo’s sent in by Nev and his Mum Margaret Alston,  Margot was a nurse at the hospital in the 1950’s They really are a fantastic glimpse into an area of Fairfield hospital that is rarely photographed.

Here Margot writes a short paragraph of her Hospital memories.

I was first in occupational therapy in the main building, but because I was under 21, I could not work on the wards, I used to have to take the patients back to their wards, and lock each door as I went through.

There was a railway line that used to run right into the boiler house (that is where I used to put my bicycle whilst in the main building) the entrance was then at the back and only altered to the front in later years - but I cannot remember when.

I remember patients being given ECT (electric shock) treatment.

We used to go to dances held for the patients, That’s where i learnt to dance. There were no bands, just a record player!

When I went over to "Fairfield" (the hutted area) Sister Redfern was in charge,

She used to send me over to the main building to collect patients notes. Also Sister Robinson was there.  Margot Alston (nee Margaret Shiel) Feb. 2010 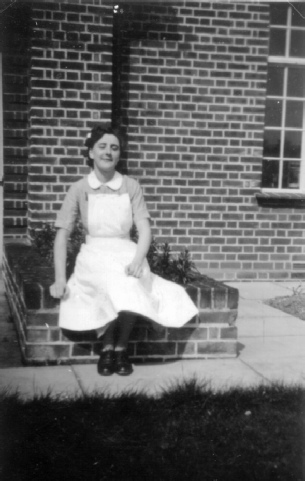 The pictures were taken in the hutted area or nurses home. 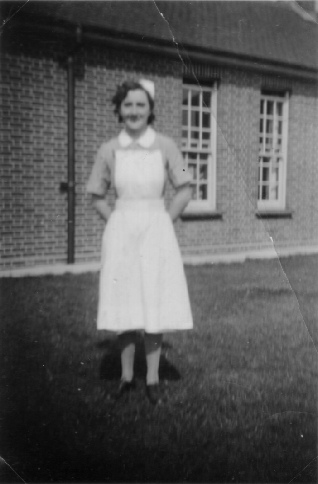 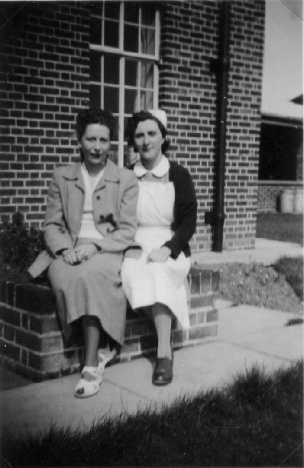 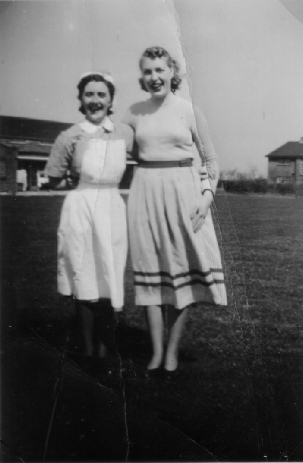 Margot with patient Pam Huckle Who she met through the Letchworth St John. 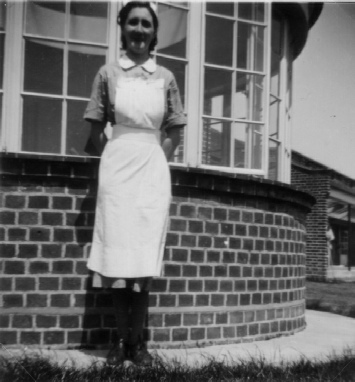 Smiling in the sunshine July 1951 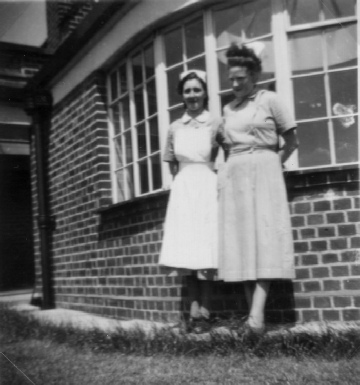 Margot with a German Orderly 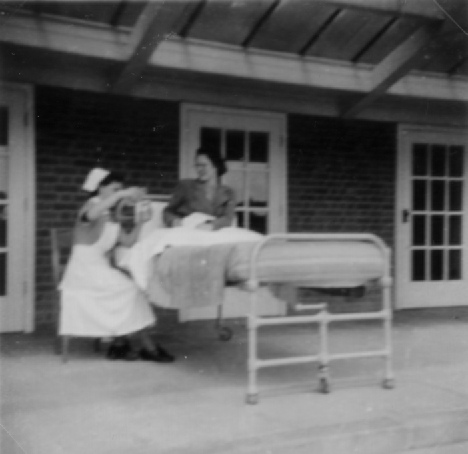 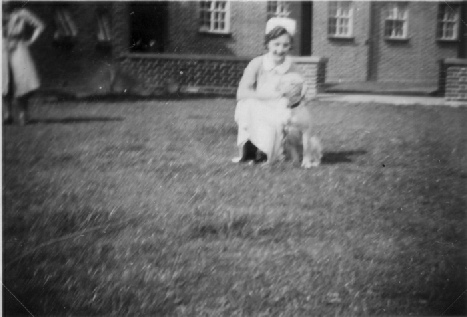 Margot with Sally, One of the Doctors Dogs. 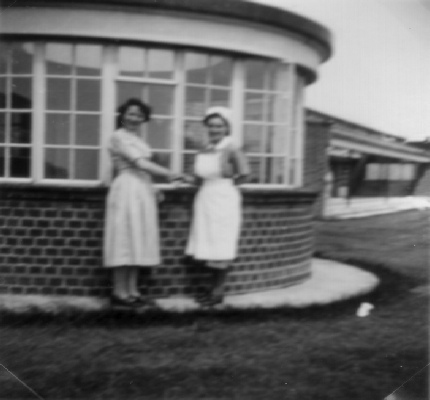 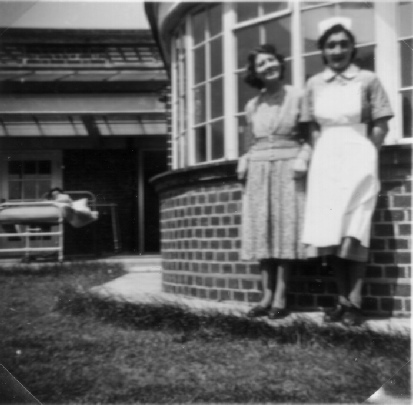 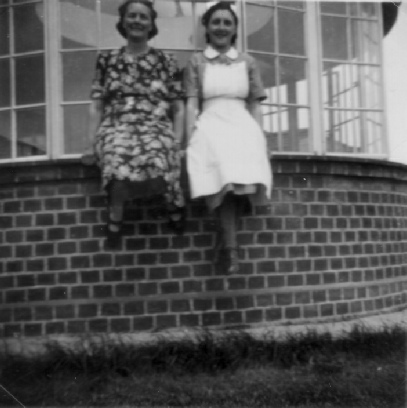 This would never happen today, taking a patient outside in their bed!