Mary Di Marco lived at the Three Counties Hospital from the age of three months in 1950 until the hospital closed down in 1999, I will let Mary tell her story in her own words, I can not  thank Mary enough for sending in her story complemented by her wonderful photographs.

Love the great site full of info. Must admit it kept me awake last night remembering all the old times and folk. Fairfield was my home. I grew up & lived in the grounds, from the age of 3 months in 1950. I worked there, met my husband there. We then lived in 2 more hospital houses. I had my 5 year old sons funeral from the R.C Chaple in the hospital. When I was a child it was still self sufficient, I have many memories of the farm, in fact my father started work as a cattleman, and after the farm finished he worked in the engineers dept.

I remember lots of the old farm workers,drivers, blacksmith, fireman , security man, cooks, etc, etc & have a few old photos including a Christmas one of all the children living in the hospital grounds,in the 1960’s, at a Christmas party.

I worked in the nurses home kitchen , dry cleaners & finally was a nursing assistant. I worked in the last ward to close, B6, and did the last ever night shift before the hospital finally closed.

I have been back to have a look at the new housing. They had to keep all the old houses, so I'm glad to say the houses where I grew up and spent my early married life are still standing.

Mary’s  House circa 1999 ready for redevelopment 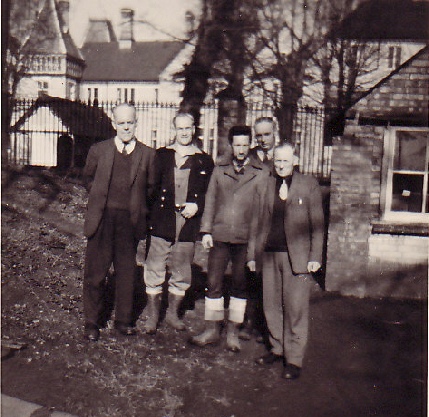 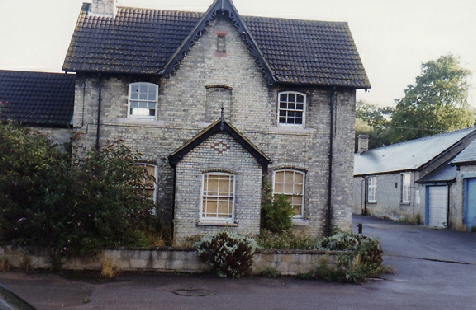 This photo of the gardeners was taken in 1967: 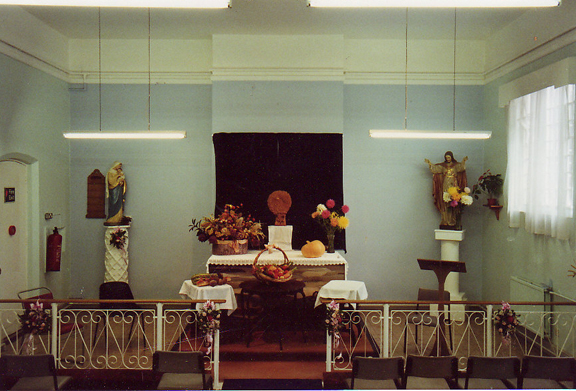 The Catholic chaple at Fairfield hospital 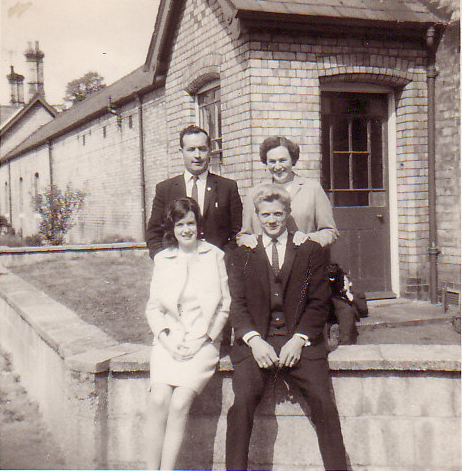 Patrick “Paddy” Naughton with his wife Catherine pose with Mary and her Husband Rosario “Rolo” Di Marco at  Fairfields.