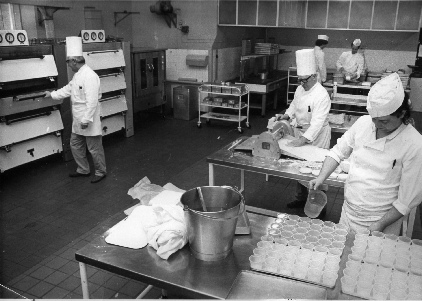 From Left to Right:

Busty ? (that was his nickname and he had a polish name but my Uncle cannot recall it)

Lad at back with back to us – a work experience student 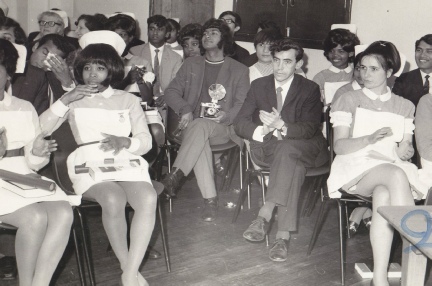 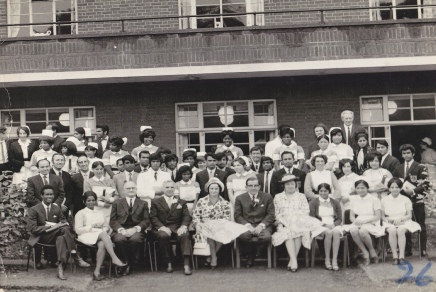 Two photographs sent in by  Ed Kavanagh, Thats him in the dirty shoes!

Ed told me to put that. This was taken  in a class room  prize giving, circa 1960s

Mr Cuthbert the employment officer and his Fairfield Business Card 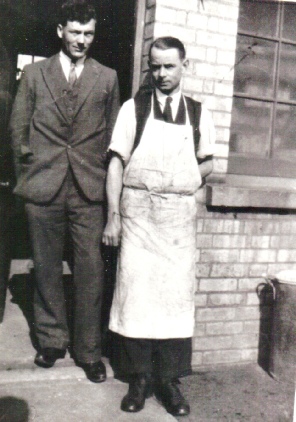 Photo of Jack Davies and Percy Robinson sent in by Mollie Jennings. Her Father was Clerk of the Works.

(the one in the apron)

A nice set of photographs sent in by Malcolm Batey,

The other one shows the staff in an every day working environment.

Welcome to the Orphans Ward

If you have anything you would like to see here

A smiling Pat sitting at her switch board in Fairfield Hospital 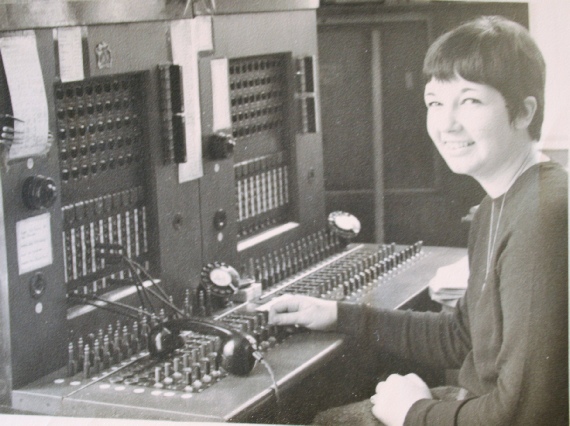 I left when I was 20 to start a family

During my time there it moved to the front of the building, just left of the main entrance

(as your looking at the front of the building)

I worked on the hospital telephone switchboard

At  that time there were 1000 patients plus many hundred staff  and it was the only line into the hospital , At times it was very busy!

I was no stranger to the place, in fact a lot of it was familiar to me as my Dad was Stan Davey

He was a senior nursing officer and had worked at Fairfield for over 40 years, he started back in the days when it was known as Three Counties Hospital

There was such a happy atmosphere

I remember one ward having a minor bird on it

They  would stop and chat,we would have a bit of a giggle and a gossip

Day or night there was always some one about

Busy, but I enjoyed my time there. 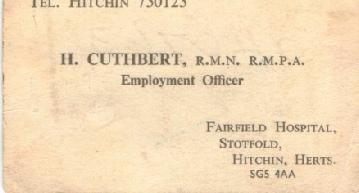 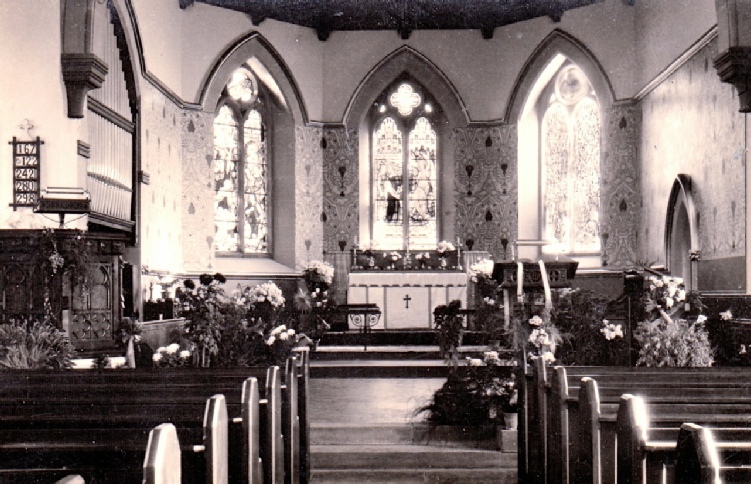 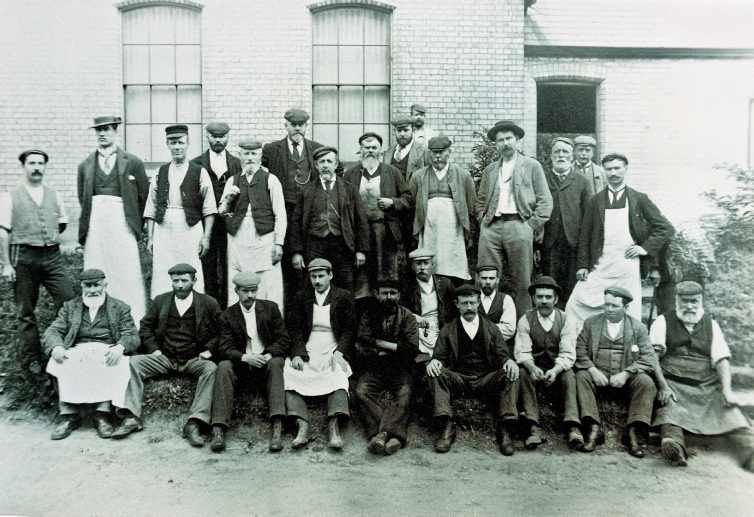 Here we get to see the men behind the scenes

With all the flowers I wonder if this was Easter time?

It is such a shame that all the pews have now gone and the last time we had access it was full of builders material. 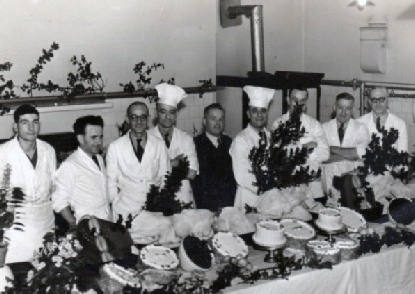 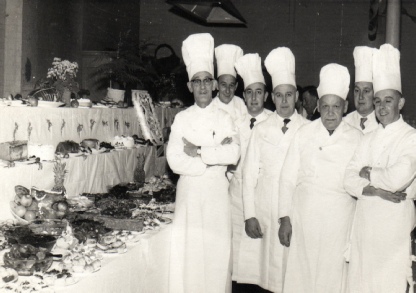 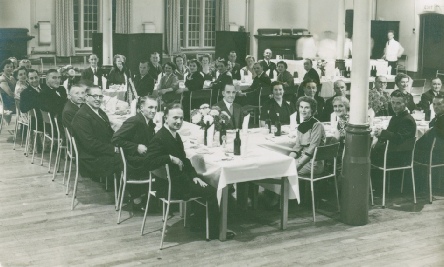 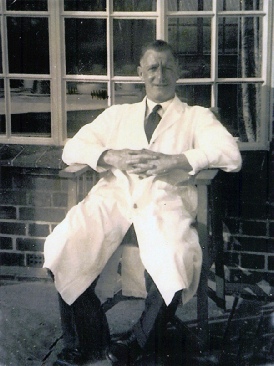 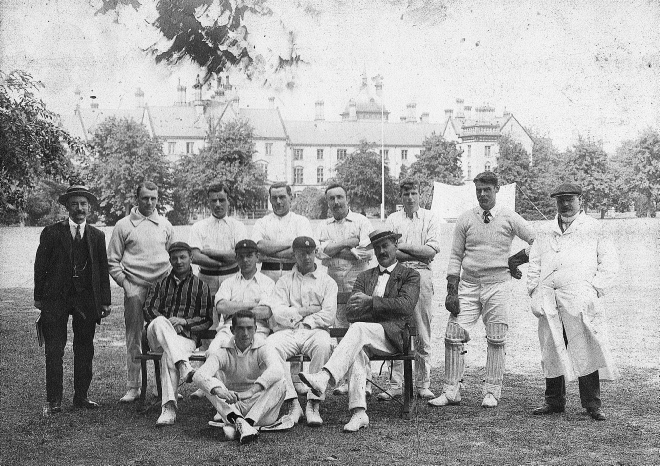 We know one of the team is a Mr Herbert but which one?

Any help or other names would be much appreciated 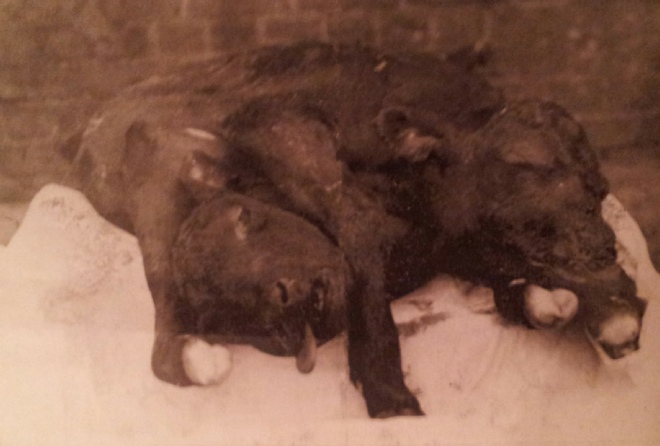 It is not two cows , it is in fact a two headed cow

The photo was taken circa 1890