In 1953 the nation was gripped by the coronation of Her Majesty Queen Elizabeth II, Three Counties Hospital was no exception, A large Decca television was purchased in anticipation for the great event, The committee and superintendent knew this would give great pleasure for both patients and staff so they purchased the Decca 1000 projection television.

This was at great expense to the hospital ,£185 (which is approx £2000 in today’s money,2013).This was the only set at this price made large enough to be put into a hall or pub as it was far to big for the average home, The walnut body of the set was separate to the  silver screen which could be wall mounted and this measured 4x3ft, the body also contained three eight inch speakers which gave a lovely rich  deep warm sound.

The set was placed in the Female hall and patients were allowed to watch the ceremony in relays during the day and evening..

The chaplain, Rev Arthur Monk, arranged for the Coronation festival to begin on Sunday 31st May until Saturday 6th June, This was the programme for the week:

Sunday ,31st May--By command of Her Majesty the Queen,Special services all day, the combined choirs of Henlow and Arlesey parish church will sing during the afternoon service

Monday, 1st June--Pre-Coronation service as arranged by the Lord Bishop of St Albans,

This will be held in the Hospital chapel at 6p.m.

Tuesday, 2nd June--It has been arranged for patients to watch the ceremonies on projection television by relays during the day and evening

Conducted by the Chaplin and Mr G Foster

Special Coronation medals were issued in 1953 for people who had worked hard in the community for many years in certain lines of work. The award of the medals was at the discretion of the local government authority who were free to decide who got a medal and why. At Three Counties Hospital Sister Mary Kennedy, Mr Smith, and Mr Skelton were issued Coronation Medals and were congratulated by the visiting committee and the three counties medical superintendent Dr Neil McDiamid

Sister Mary was informed that being Female she could wear her medal, but it must be worn on the left shoulder with the ribbon tied in the form of a bow.

The hospital suffered a grievous loss during the coronation week celebrations ,  this was on the evening of Friday 6th June, all was going excellent at the staff ball until just after 9 p.m. Dr Daniel H McDowell, one of the senior registrars, left the hospital lodge and said he was going to fetch his wife, approximately five minuets later he was found lying on the church hill, he was bought back into the hospital where Dr Page, Dr Russell, and Dr Neil McDiamid (the medical superintendent) worked on trying to revive him for several hours until it was decided that he had passed beyond all human aid.

Because of this tragedy  the staff ball was abandoned immediately and everybody sent home ,On the 12th June a memorial service was held for those who wanted to come and pay tribute, it was reported that St Luke's Chapel was full of those who respected and loved Dr McDowell.

Photo showing how the tv looked  when set up 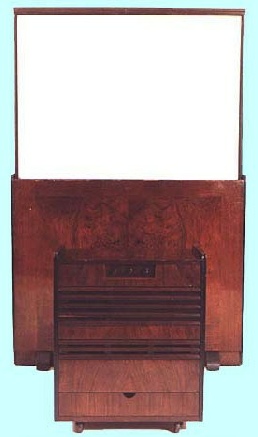 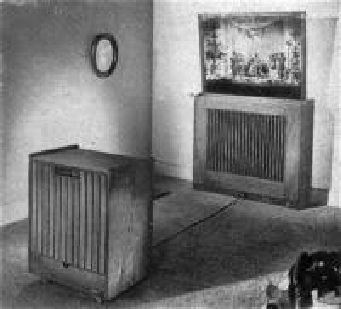